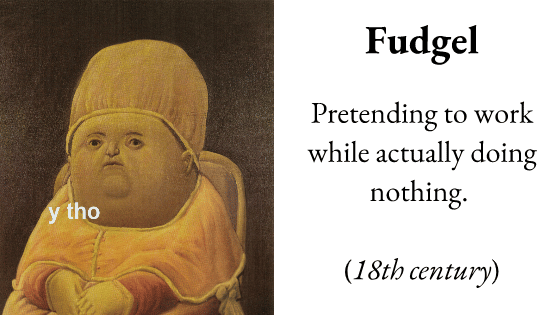 Like the universe, language is in a constant state of change and evolution. That’s how old and dying languages fuse into new languages. Language evolves whether we like it or not. Also, a certain language never comes with a close-ended number of words. Throughout its life span, it gains words and features that are incredibly useful but down the road, it also loses equally important features. Below you will find 20 awesome English words that have long been forgotten which we should bring back to daily use.

Word death is a natural part of the evolution of any language. In the same way that language acquires new words and even structures through time, it also loses words and structures along the way. Sometimes, very useful words cease to exist for not so obvious reasons. For example, the word “thee” had a very specific and elegant meaning, which is the singular object of a verb. Now this words has come to be replaced by the more general and confusing “you”. But why is it the case? Why do some words just mysteriously disappear? There are a number of reasons why words fall out of use throughout the history of a language.

One reason why words become obsolete is that the thing they refer to no longer exists. Also when a new generation learns a language, it does not remain the same. They ever slightly change so many things within that language. They construct a slightly different version of that language.

Victoria Morgan, senior editor of the Macquarie Dictionary puts it as follows:

“Words can drop out of the dictionary. While we tend not to drop as many words as we add there is definitely a limit. The current edition weighs a good five kilos so there is a restriction of space in the physical dictionary.”

“Words, like fashions, come in and out,” he said.

“Like flared pants, some words can attract lots of interest at certain times but can get dated really fast.

“Words die when out when they are no longer at the heart of our language.”

Taking this into consideration, there seem to be a lot of words that we use today that are already in the pipeline towards the sewage. We just can’t help but drop them. Examples of these are floppy disk, CD, and cassette. Also fiancé will be replaced by partner, and twice by “two times.”

Also Read: Here is why Latin​ is still​ spoken by more than half a billion people.

One thought on “20 Forgotten English Words That Are Very Relevant Today.”