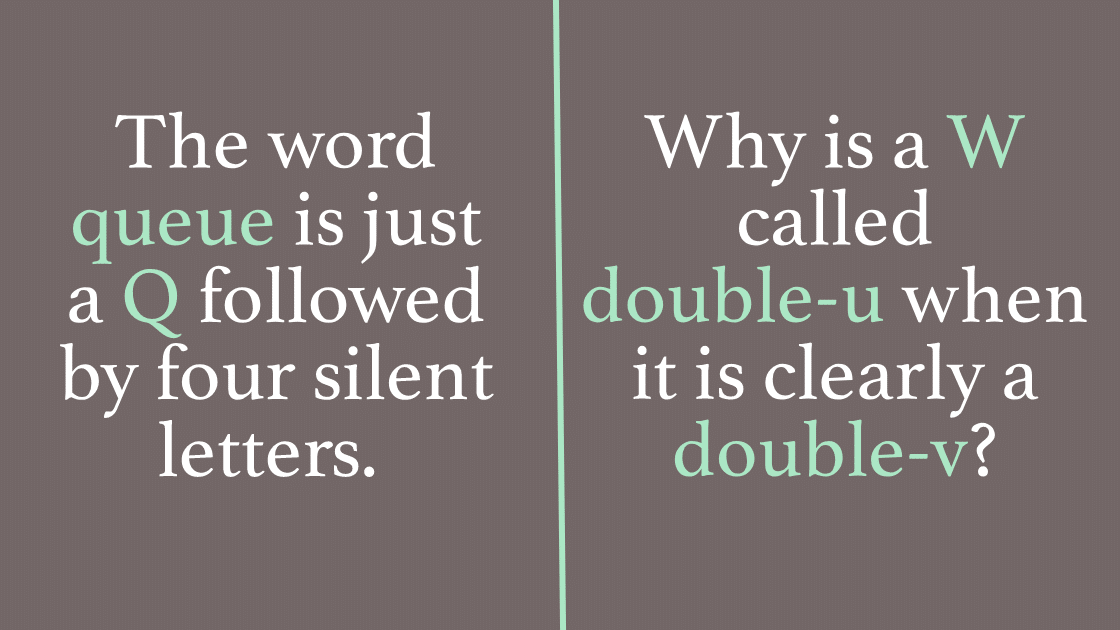 English is such a zany language. It confuses the heck out of everyone, natives and non-natives alike. If you can speak English, then kudos. It’s not easy to speak a language whose madness knows no bound. To demonstrate what a crazy language English can be, we have put together a compilation of how people were often confused by English. Don’t forget to share your favorite or add more to the list. Have a good read ?

15 thoughts on “21 Reasons Why the English Language Has To Be Stopped.”